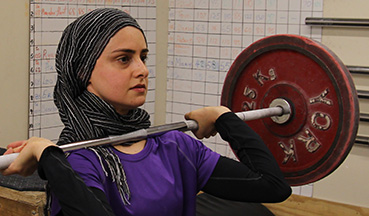 I haven’t written a post since January of this year.  8 months! I have been better at putting updates on my Facebook page.  I have had a lot of things going on since then and below is a summary —

My Sari to Suits fundraising has moved over to LaunchGood – if you or anyone you know can contribute, please do. It is tax deductible and even $1 helps. “Empowering Domestic Violence and Sexual Assault Survivors & sponsoring me to be featured in a calendar of female South Asian American role models called “Saris to Suits Empowered”  Many thanks to all who have donated so far!  https://www.launchgood.com/projects/project_detail/saris-to-suits-empowered

Another cause that has launched is via Shirzanan Global at Catapult. Please read more about them and give your support. “Shirzan means female hero and role model. Help empower Muslim girls find their Shirzan in positive sports role models in media.” Shirzan Facebook page.

I am honored to have been selected as one of the winners for The 100 Influential Georgia Muslims hosted by the Islamic Speakers Bureau of Atlanta. For more information about this award, visit www.100gamuslims.com.

The theme is “Change the Narrative” of Muslims in America. The other winners are listed here and are being profiled on the Facebook page.  The awards gala is September 20, 2014.   Here is a link to the list of some of the presenters, with Monica Pearson as the emcee.

The Religion Newswriters Association is having their 65th annual conference in Atlanta (Decatur), Georgia, September 18-20. I will be on a discussion panel, Saturday Sept. 20, 10:45 a.m. – Noon
Panel: Entertaining Faith and Sporting Religion
When is it appropriate (or inappropriate) to include faith angles in sports and entertainment? An athlete, a sports reporter, an actor and an entertainment reporter team up to help religion reporters understand the opportunities and challenges in covering those beats.”
-Thomas Lake, Sports Illustrated
-Stephen Baldwin, actor
-Rebecca Cusey, Patheos
–Kulsoom Abdullah, Muslim weightlifting competitor
Link to the conference program
Link to the speaker bios (which includes mine :))

If you read this post in time, free and open to the public – the Religion Newswriters Association Pre-conference is at Emory, Thursday Sept 18th (Atlanta, GA). More information at this link. The panels will focus on Immigration
Topics include: Religion, Immigration, and Politics, Religion and Immigrant Support Networks, Religion and Immigrant Integration, Human Trafficking and the Role of Religious Communities

Thanks a lot to Aquila Style for this article about me – spanning my journey from the start until now (and I thought my story was going to end but it looks like it is perpetual  I still have not been able to fathom that so many people know about it and are positively supporting it.

After screenings in Pakistan of The Pakistan Four documentary, there has been a lot of press.  Here is a link to one such article:

I found out this past February (doesn’t seem real, but I guess it is) that I have an entry in The Multimedia Encyclopedia of Women in Today’s World, 2nd edition – citation + links:

More about the entire encyclopedia is here.

Youtube and Facebook video of my lifts at the competition.  The photo album on my Facebook page and same album on my Google+ page.
I hadn’t competed since September 2013. It has been a challenge getting back to where I was in training due to life (good news is I have contract work). I took a 6 week break from weightlifting (no where near a barbell). Ramadan (fasting) had started after that break, so I trained about 3 days a week (long fasting days and work schedule have been a challenge). I went to a nearby gym (the Georgia Tech CRC!! My Alma Mater) for strength training (no Olympic lifts, dropping, chalk etc is allowed) and about once a week to Coffee’s Gym for my usual Olympic lifting training.

Considering that, I think I did well at the GaGames (in this video above, August 2, 2014). I have been working with Shelly Truesdell, focusing on technique (as you can see in this video). Though, I have not been able to practice the split jerk as much as I would have liked to, but hopefully I can continue to train it more it going forward.  I have to work on getting that bar back over my back leg, the strongest position.

That is the summary of my past 8 months.  Hopefully I can post updates a bit more regularly, but if you are on Facebook, follow me there.  Take care and thanks for reading 🙂