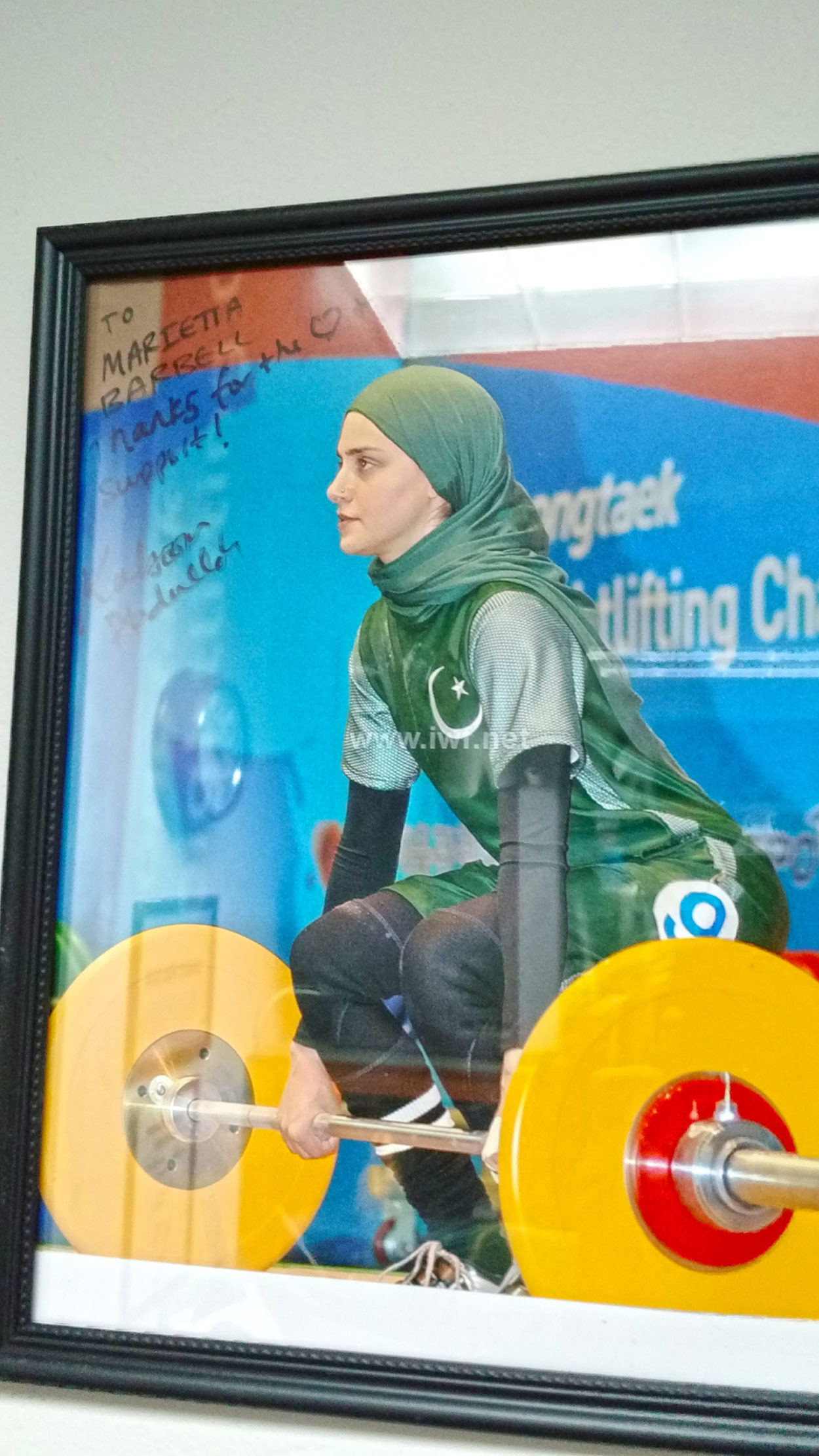 This year has been so action-packed, that I didn’t even get the chance to update my blog properly this whole year, oops – I did it one more time!

From the Ride for Rights, to Saris to Suits to being on Buzzfeed – it’s been a very eventful time in my life, but here are some of my highlights in 2015: (click to read the entire post)

Saris to Suits, a not profit organization, set out a calendar for the 2015/2016 year with the intention of highlighting female south Asian American role models. Proceeds of the calendar goes to benefit victims of domestic violence and sexual assault.

We have appeared on FoxNews – Hear Patti’s story of her experiences and why she started Saris to Suits.
FoxNews video Beyond The Dream link

I admire the courage it took for Patti Tripathi to share her story. Calendars are available for sale online ‪#‎BeyondTheDream as there are few more months of 2016 left in the calendar and can be purchased via the website HERE! Just a few media mentions of us: CNN and Buzzfeed. And I was featured as Brown Girl of the Month in BrownGirl Magazine.

In a related topic, I participated in the Muslimahs Endure 5k run/walk on Oct 25. I decided to walk during the event and not run. I went by the stereotype that weightlifters do not do cardio ;). October is Domestic Violence Awareness Month and WOW run 2015 donated a portion of its proceeds to support the many services offered by BaitulSalaam.

Muslimah’s Endure is an awesome organization because they provide services such as runs, walks, women only swimming activities. They’re awesome for the simple fact they are doing something proactive to get Muslim women to get involved in physical activities and they also provide support. They are also intercultural/racial and include different segments of the society – from African American Muslims, South Asian, and non-Muslims as well. 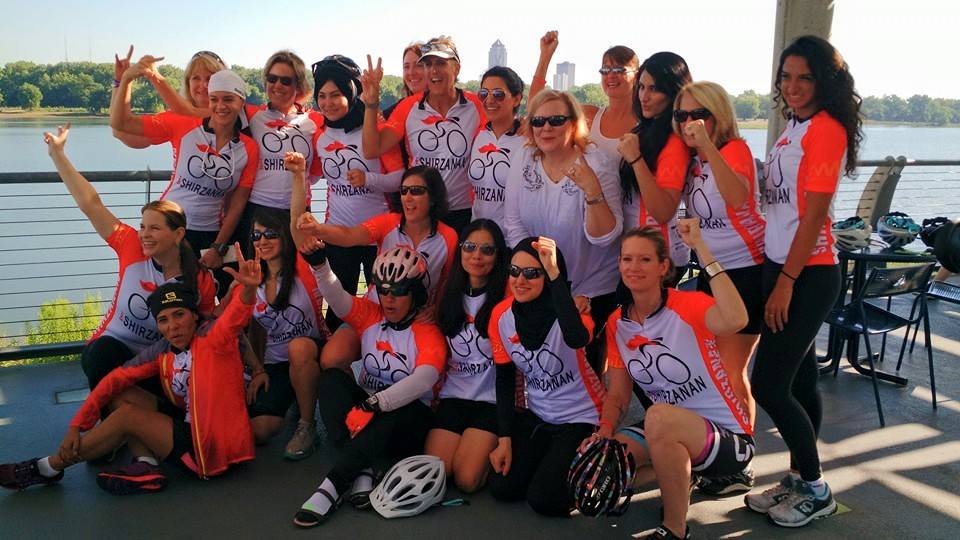 This year I was involved in another project with amazing Muslim women athletes -Team Shirzanan – from different countries and backgrounds as we embarked on a 462-mile, seven day ride for the Annual Great Bicycle Ride Across Iowa (RAGBRAI) 2015, so we could spread awareness on gender equality in the sport field. 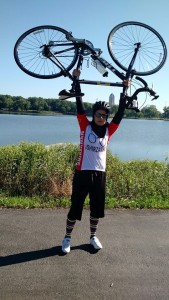 The experience was so rewarding and probably the longest I have ever biked, especially during Day one where I biked 72 miles and approximately 4000 feet of incline! 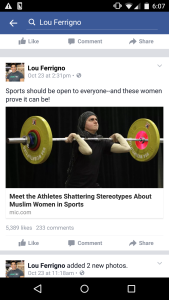 Check out Chime for Change as they have posted ‪#‎TeamShirzanan‘s stories. Mine is Weights Of A Pioneer. All of our stories are posted and can be found at Solmaz Sharif’s story Long Road to Shirzanan on the beginning of the Shirzanan Global media project and there’s more on each one of the athletes that took part in the project.

And here is this article MIC.com profiling us! Oh and guess what? Lou Ferrigno – who played The Incredible Hulk – shared it in his facebook page!  I have a screen capture of his Facebook post to the left as proof 😉

This year I competed twice, both in May and October.

After a long hiatus from competing due to an injury – I finally started to get my strength back and squat again in January, and got help from Alex at Atlanta Barbell

The competition took place at West Georgia Strength and Conditioning in Carrolton, Georgia, USA May 23, 2015. I attempted to break my lifetime Snatch PR of 47 and broke my Clean and Jerk competition PR of 57kg and made 61kg.

Thanks to everyone for the support and Andy Coggins who coached and counted my attempts 🙂 !

PS: You can skip the session introductions by fast forwarding to 1:11

In October, I competed at the Cookies and Kilo Fall meet at CrossFit South Cobb. It was great to see many Olympic weightlifter’s comrades that I haven’t seen in a long time that were there to cheer me on while I competed.

I didn’t feel as satisfied with this meet compared to the previous one because it didn’t reflect my improvement in training but it wasn’t horrible either. Thanks to Rachael Bommicino for coaching me at this meet, Tim Brown for his documentary style video skills and my cousin Maryam Shah for making the awesome leopard print top that I was wearing.

I am hoping to compete more regularly soon and get back into it!
Here’s a video:

Earlier this year, one of the gyms I started training at is the Citadel Nutrition training center.  They have pretty cool supplements also that have a lot of research and testing behind them.  The ones I have been using so far are the Tier1 Pre-workout (very clean and no jitters!) and the Athlete Vitamin. 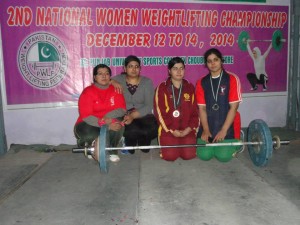 Here’s a VIDEO of the highlights, link to the photo album. And their Facebook page. 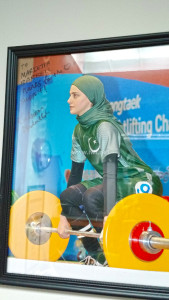 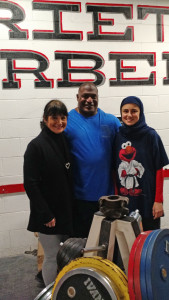 Jean Wojcik and Curtis Leslie (owners of Marietta Barbell Gym), have added a picture of me on their hall of fame wall in the gym. It was super cool and I was very thankful for the opportunity! 😀

Did someone say Donald Trump can’t name a single Muslim athlete? Maybe I should start wearing a tag, huh? Well, I guess I am #32 in this list of 38 Muslim Athletes at Fusion (December 7, 2015).

One of my Favorites with Sunday Times, Pakistan’s Premier Fashion and Lifestyle Magazine, where my story was featured.

And, with MVSLIM.com (November 11, 2015).  April, 2015, I was quoted in the Colombus, Ohio Dispatch in an article about a Somali-American police recruit who wears a head scarf.

Thank you for reading my blog and my overview of 2015. There is more coming in 2016, the Asian Games – Continental Olympic Qualifiers is taking place in April and I am hoping to get a spot to represent Pakistan at the event. 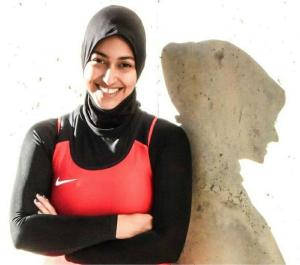 My fellow weightlifter Amna from the United Arab Emirates is in preparation for the Asian Games as well and has a LaunchGood campaign HERE, where she needs your help to cover costs of training and travel expenses toward the Olympic Qualifier.

If you’re not following me on social media, please do so as I update it more regularly, here’s my Facebook page which is updated the most frequently. (and less updates on instagram https://www.instagram.com/kbak76/, and my twitter)

Wishing you all a great new year ahead!